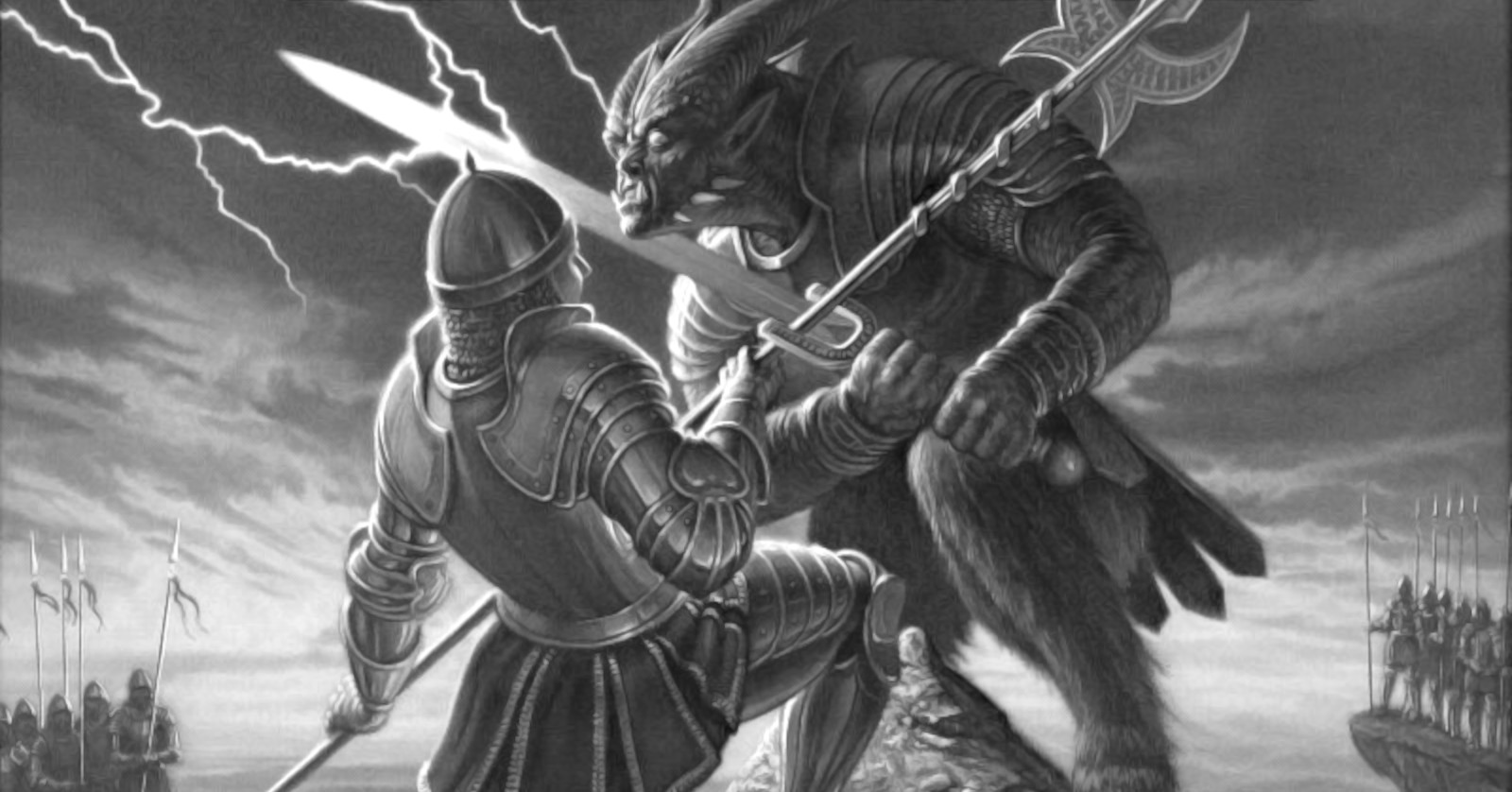 One of the things I find most interesting about desktop support is trying to support legacy hardware and software. Not only does it provide an opportunity to learn more about the history of computing, but it also tends to provide some interesting compatibility challenges.

The place where I run into this most often and that I think gets the most words written about it on the Internet is in getting old games running on modern hardware and operating systems.

Surprisingly, Windows 10 still supports a wide array of classic 16-bit games that one might expect would never run. That includes the title I'm writing about today: Birthright: The Gorgon's Alliance.

Getting the game running in Windows 10 is surprisingly easy. You only need a few things to get started: 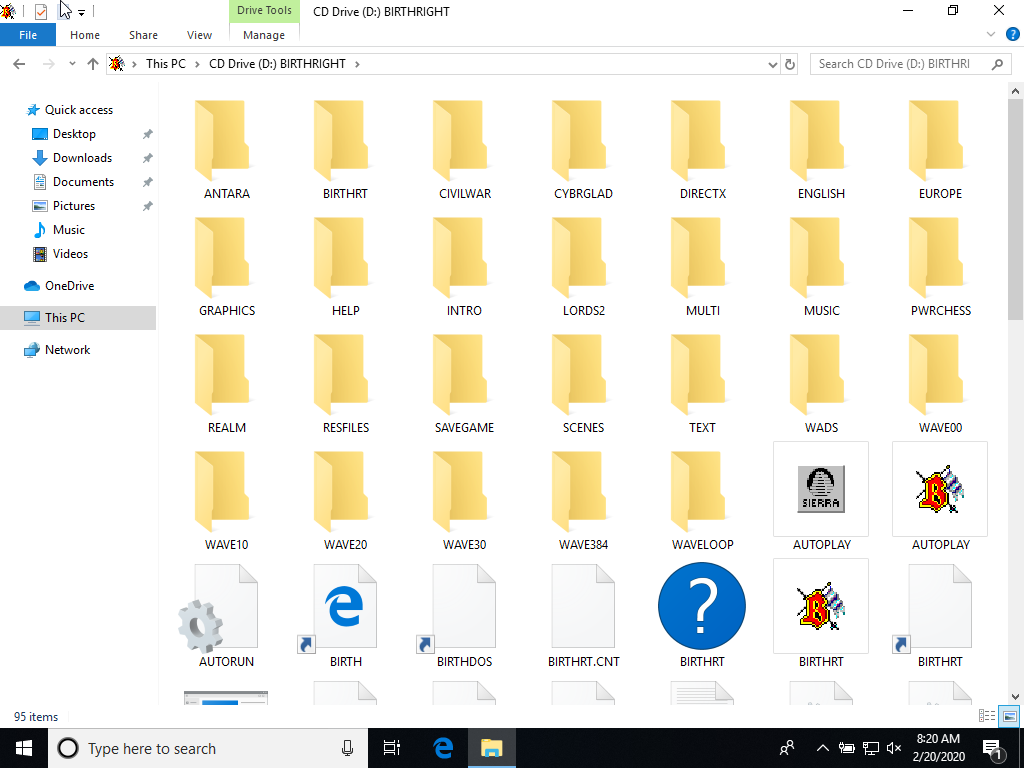 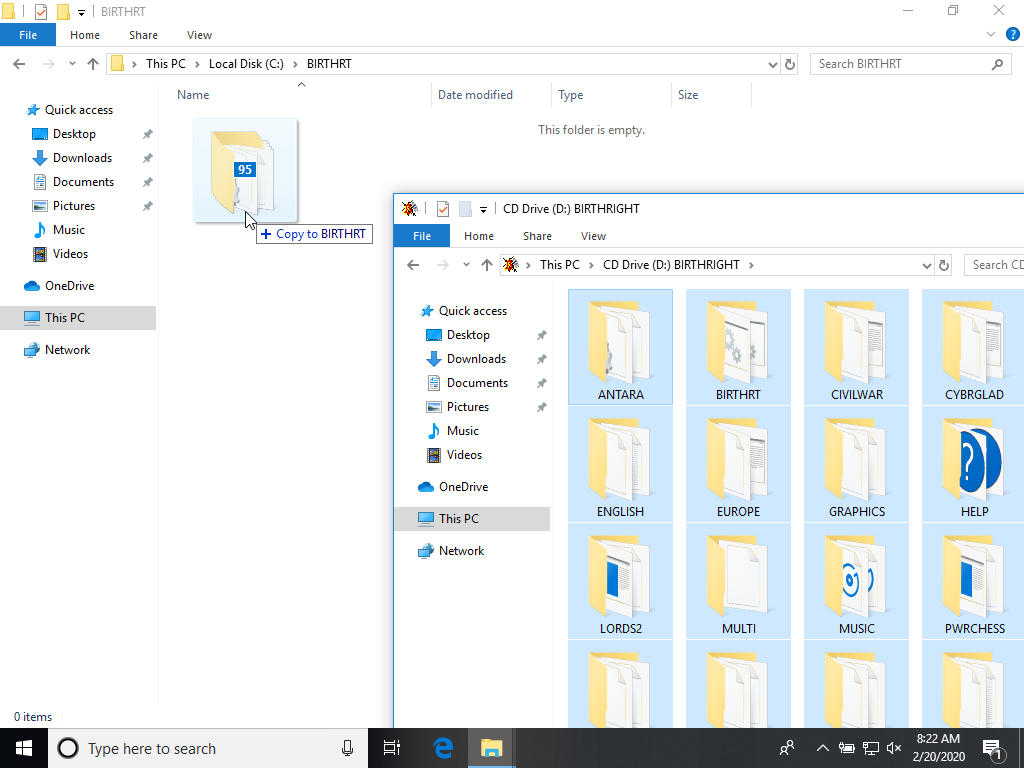 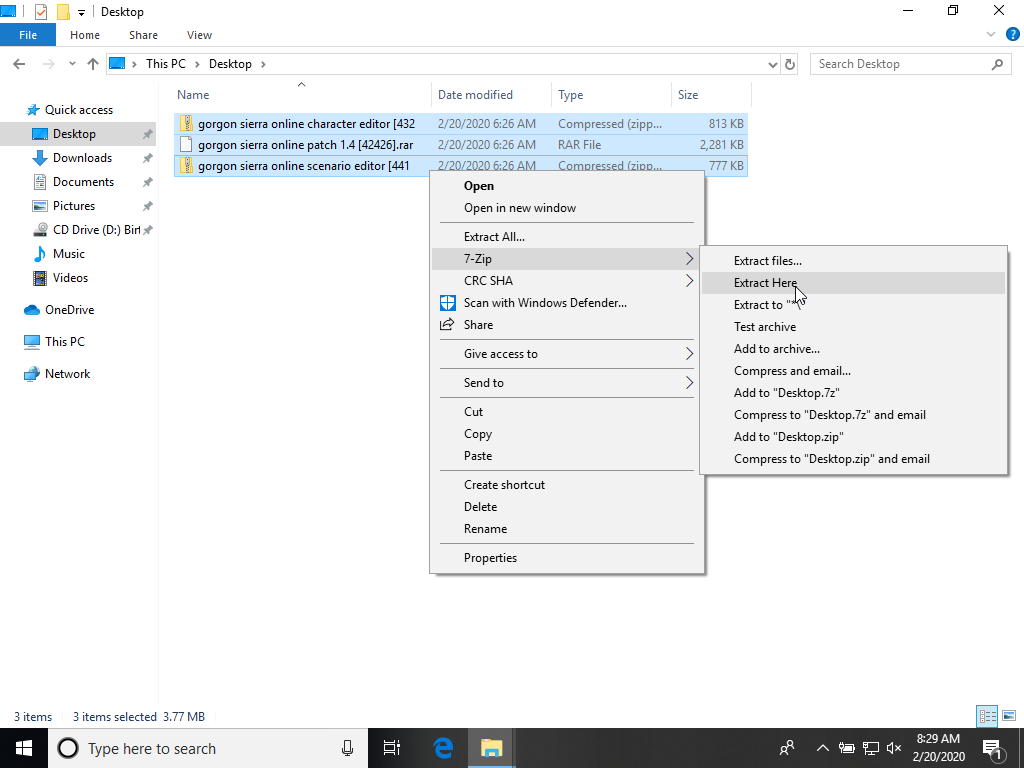 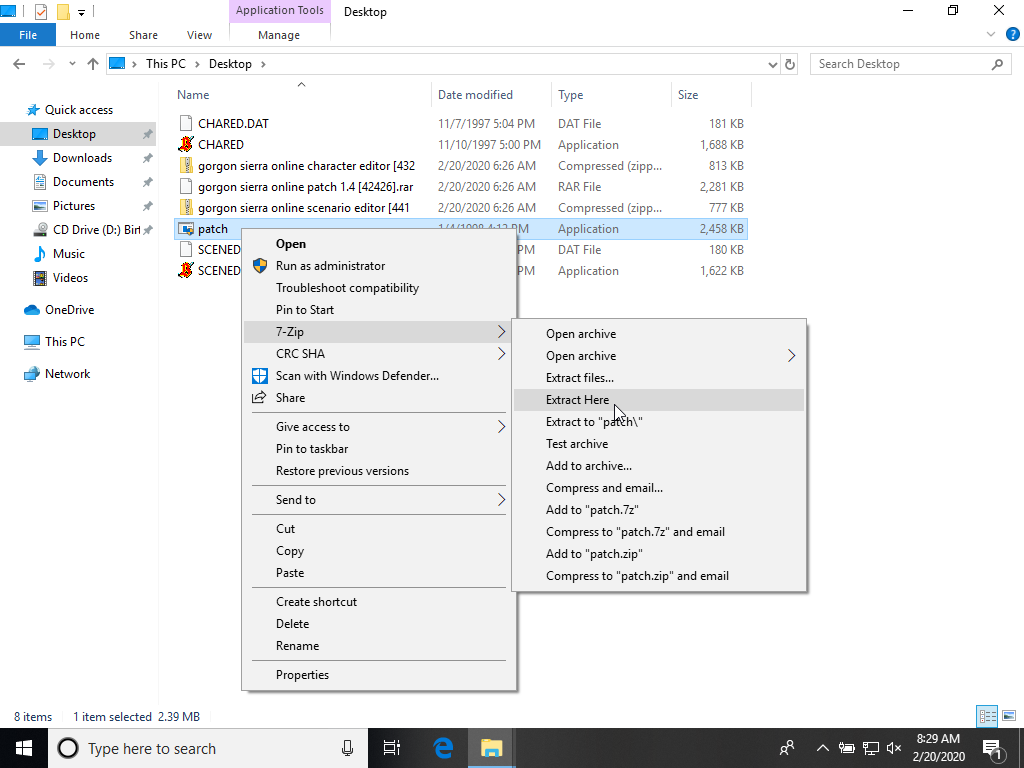 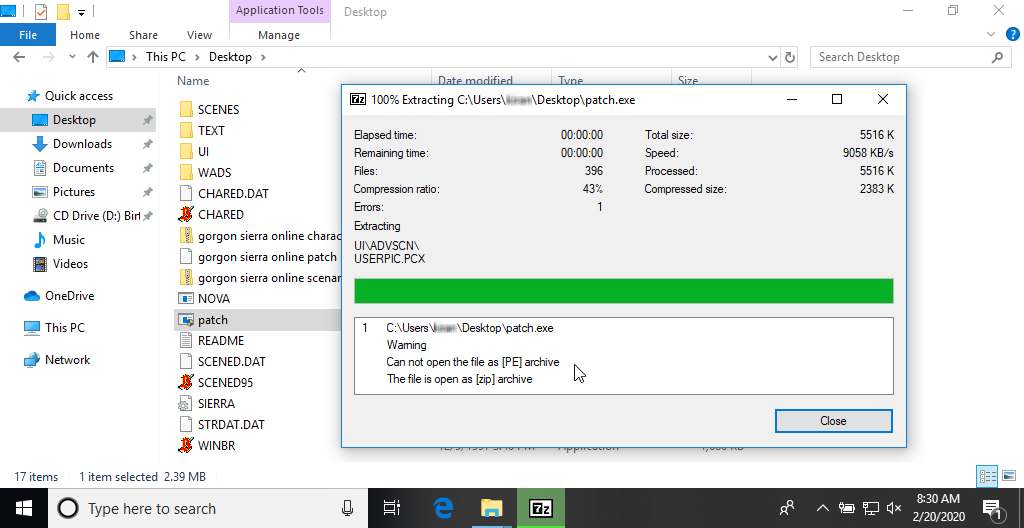 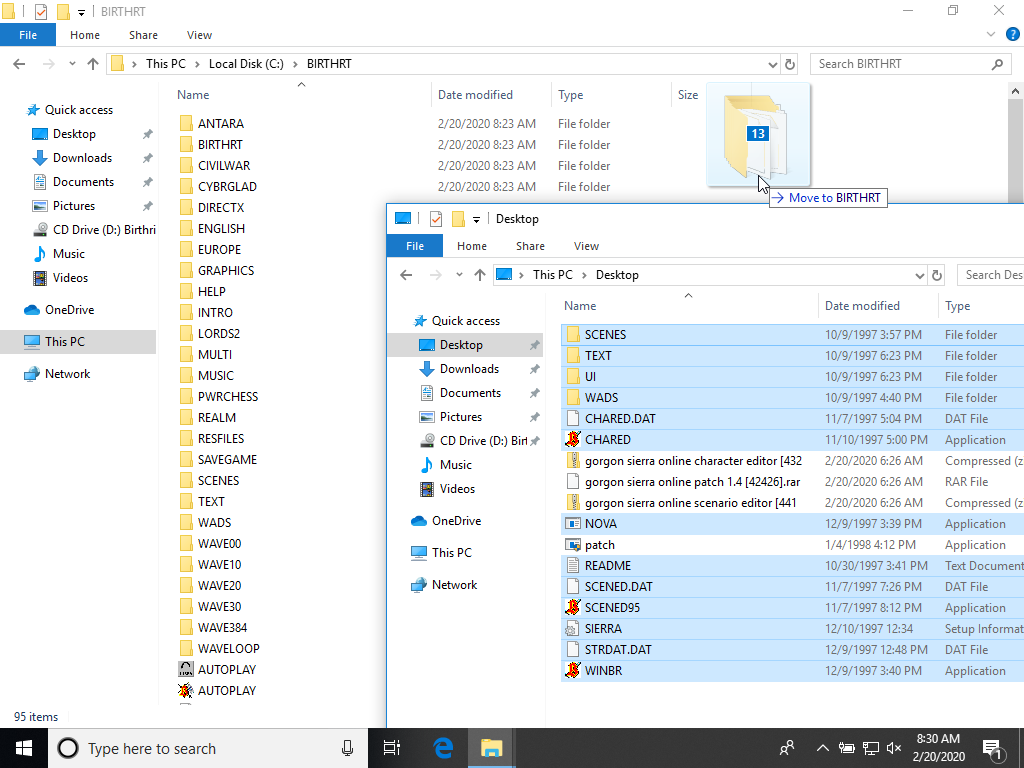 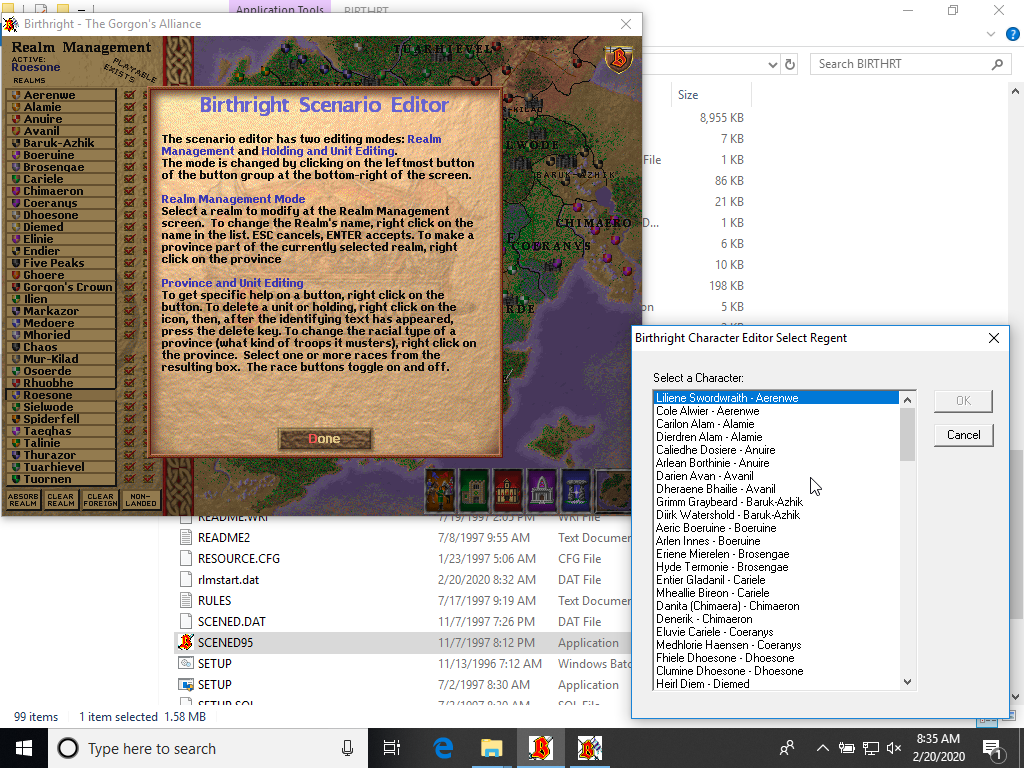 Since the game is based on a Dungeons & Dragons setting—a decidedly multiplayer experience—you might be tempted to think that it is fun to play the game with other people. Unfortunately, I've not been able to find anyone to play with, so I can't confirm. If you would like to try it out for yourself, here is how you can get this working on Windows 10.

Birthright's multiplayer component is only available in the Windows version of the game, and not in the DOS version. It also doesn't allow you to play military battles as you would in a single-player game. Instead, it uses quick AI battles. All players will take their turns simultaneously and the NPC domains will get their turns once all players complete their turns.

Since Sierra's servers are no longer active, the only option you have available is playing within your Local Area Network. It is theoretically possible to play using a VPN connection, but there have been complaints about excessive lag on simple LAN connections, so this may not be feasible. The lag on LAN caused some issues starting a multiplayer game occasionally, so I suggest saving often in case the players get disconnected. 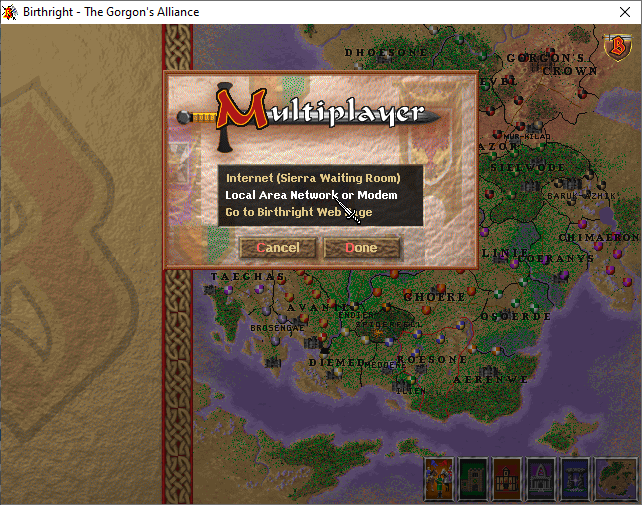 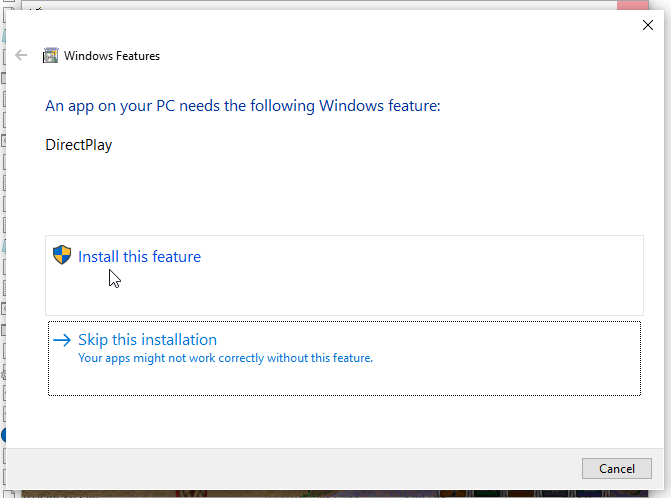 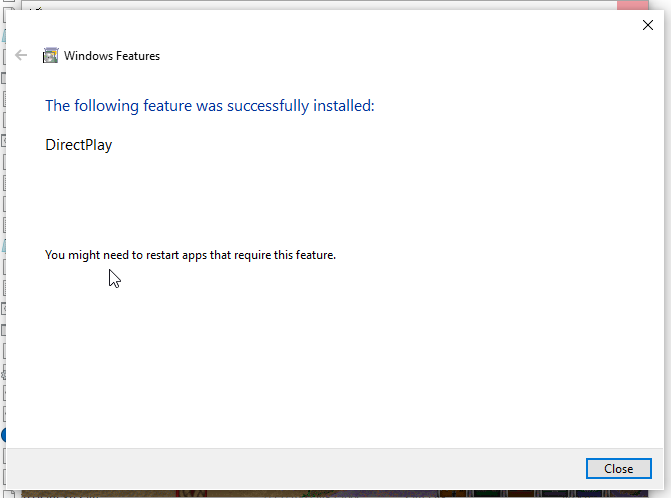 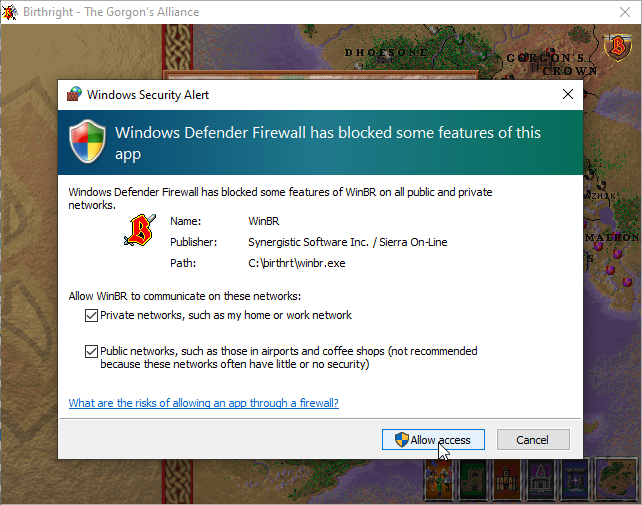 On the host computer: 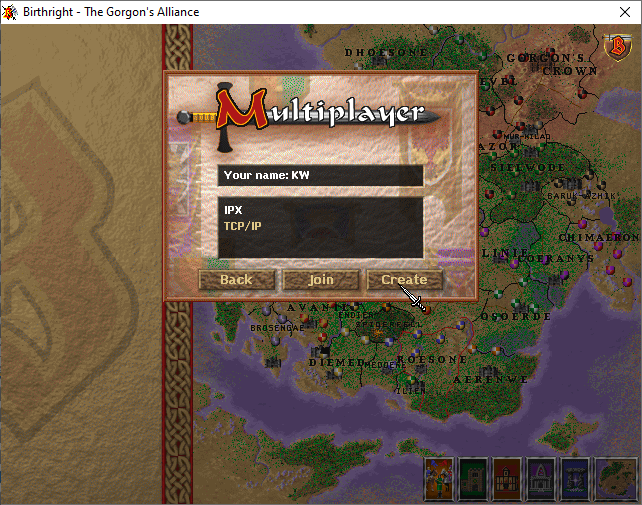 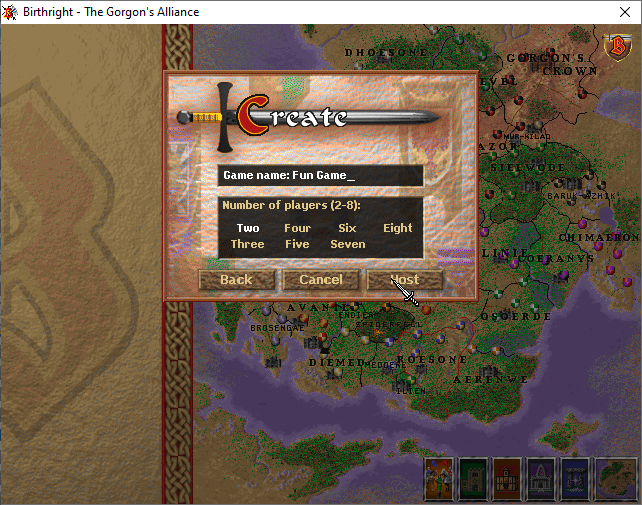 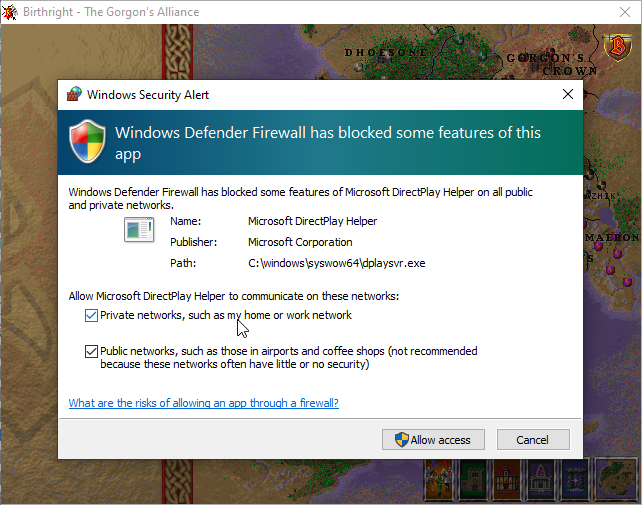 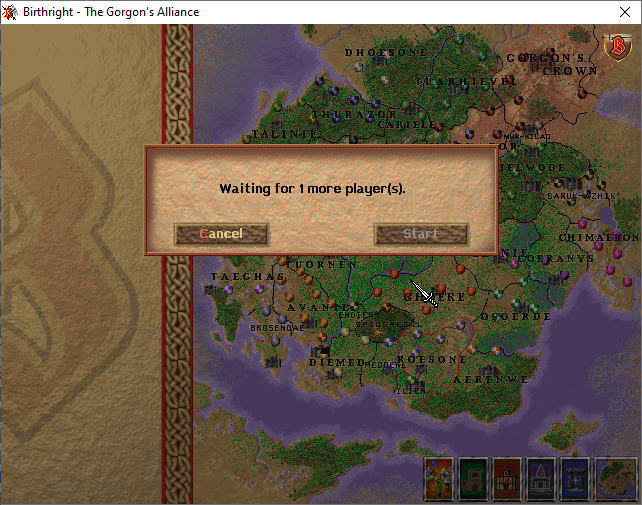 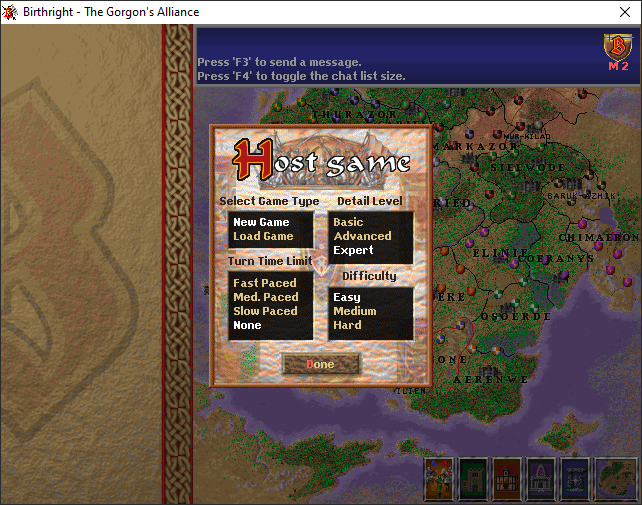 On the joining computer(s): 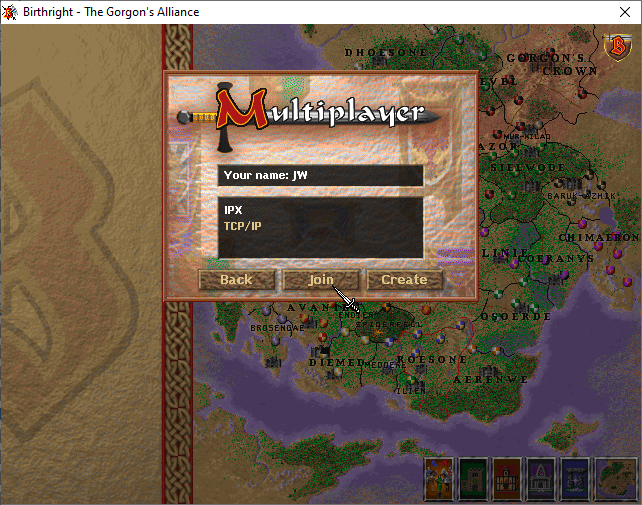 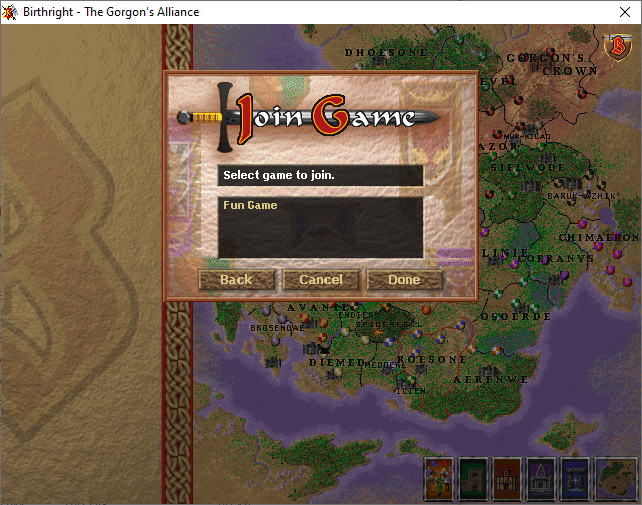 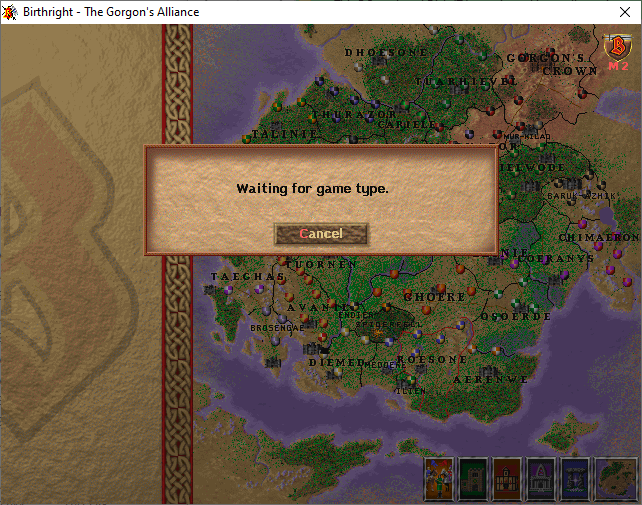 Birthright: The Gorgon's Alliance is a PC game released for both Windows and MS-DOS in 1997. It was developed by Synergistic Software, a division of Sierra On-Line, who also developed the Hellfire expansion for Blizzard's Diablo the same year.

The game is an adaptation of the Birthright campaign setting for the Advanced Dungeons and Dragons line. In the campaign setting, players can become rulers of nations imbued with some of the divine power released when their gods fought a great battle and were destroyed.

The PC game is split into three sections, which can be played separately or as part of a larger game. Realm play allows the player to control a nation and the political and economic interests thereof. In Adventure play, the player takes a group of adventurers into dungeons, castles, and dense forests to find items of power or to battle powerful foes. In Battle play, the player can arrange his troops on a real-time battlefield and test his strategy against the computer.

Although I can no longer find references to its planned sequels, any hope of more of the Birthright setting in videogame form was lost when the game was not able to please fans.

Aside from the Scenario Editor and Character Editor, there are currently no tools for modifying Birthright's assets. Thanks to some digging, by Birthright.net user kasrkraw, there is some information available on the modified Doom engine that Birthright uses to run its adventures.

In 2018, Al Lowe, the creator of another of my favorite Sierra games (Torin's Passage), sold his archive of old Sierra "junk". This junk included diskettes containing old Sierra source code. A year later, the code for Birthright: The Gorgon's Alliance appeared on the Internet Archive.

I have not been able to successfully compile the game yet, but here are my notes on the process thus far.

The necessary libraries and packages are:

It's not necessary to install the two SDKs. You can simply extract the include directories and add them to OpenWatcom's INCLUDE environment variable. 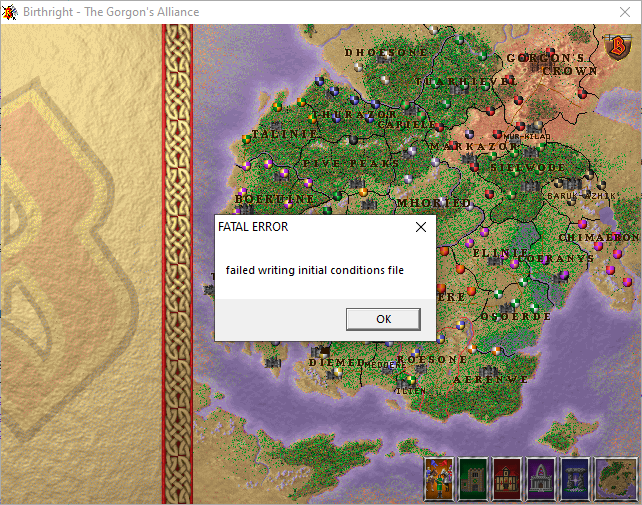 When I first started testing this setup on a different PC, I ran into an error message after the intro cinematic saying "failed writing initial conditions file". This was caused by the fact that I transferred the files from the CD to my computer using TeraCopy, which marked the files as read-only. To solve this: 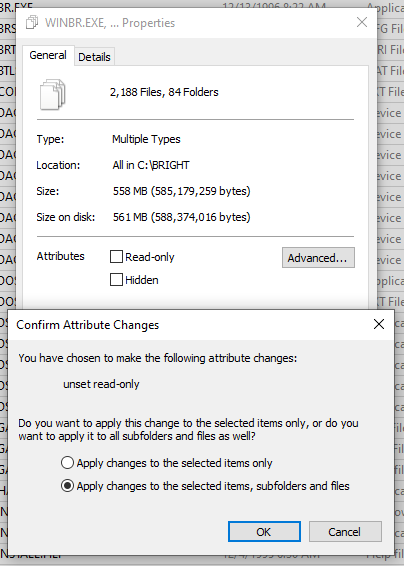 If you have your CD inserted, but you see the error message "Please insert your Birthright CD. Click Cancel to exit.", it likely means that the drive letter of the CD has changed. To fix this:

If you have any corrections or helpful tips, please leave them in the comments below.